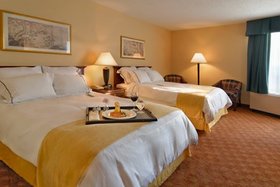 A strategic plan to increase the number of hotels is needed. We need to know exactly what is available and layout a plan to increase the number of hotels and motels. We need to also promote not only 5 star hotels but 4 and 3 stars to cator to all sort of incomes of our visitors. Our target is 50 Million visitors with an average of 8 days per person, would give us 400 Million nights. Assumging double accupancy and spread over 365 days of the year that would require 547,945 rooms minus what we have today.

The replan will be: Tourists to reach 50 million tourists and increase the number of tourist nights to 400 million nights.

The Tourism Development Authority figures confirm our calculations. We will need to increase the number of rooms nights from 130 million to 400 million.
and visitors from 16 million to 50 million. This tells us that the current infrastructure is good for 1/3 of our goals. The other 2/3 will need to be established.

Here is some background information of where we stand with planned hotel rooms in the region:
Dubai: The UAE accounts for almost half the number of the region's hotel rooms planned, comprising 54,814 rooms, a report shows. STR Global said in a June 2010 report that the Middle East and Africa had a total of 455 hotels planned. The hotels will provide another 126,310 rooms. The UAE also has the highest number of hotel rooms under construction —  29,292.  Saudi Arabia, the Middle East's largest economy, had a plan of 16,680 hotel rooms, the report said. This was the second highest number for the region.  Egypt had 7,332 hotel rooms planned.

Key markets
Among the key markets in the region, Dubai ended the month with the highest number of rooms in the pipeline (32,224) and the most under construction (16,768), despite the city being hit hard after government-related entities revealed difficulty in debt repayments. Abu Dhabi followed with 14,456 rooms in the pipeline and 8,479 rooms under construction. While banks have indicated they were being more careful in financing real estate projects, hotel spending continued to look upbeat. A report by Dubai hospitality research company Proleads said cash expenditure in the GCC hospitality industry was expected to top $1.17 billion this year, with the UAE responsible for the bulk of the spending at $463.8 million. "New demand is being drawn from large
markets such as China, India and Russia, albeit at lower rates. "Rooms growth in Dubai has mostly been opportunistic," says Guy Wilkinson, partner and general manager at Viability, a firm that undertakes feasibility studies for hotels, said in an interview to Property Monthly magazine. The Middle East and Africa region ranked third in the number of hotels in the pipeline.

Conclusion:
270 Million room nights are needed above the 2017 plan to support this tourism initiative. This means we need to add 200% more hotels. The Cairo Marriot has 1100 rooms. If the average 5 star hotel has 500 rooms,  this would mean that 740 hotels would be needed that are strategically located throughout the country. 30,000 rooms are already reserved in the Pyramids International Park project.

Approach:
With the Pyramids Park project estimated to have 30,000 rooms the remaining rooms will be allocated in other areas, such as Sharm Elsheikh, Hurghada, North coast and red sea costs such as Marsa Allamm, Luxor and Aswan..etc..

In order to quickly establish and support the initiative the following needs to occur:

1. Incentives to build hotels for private investors. Egyptians must be the owners and partners in order to preserve the wealth.
2. Land allocations and land prices to be inspiring
3. No forced restrictions meaning do not enforce owners to sell alcohol, non-segregated swimming pools etc.
4. Less tourism fees on hotels for a given time.
5. Tax incentive for minimum wage: Instead of the current tax of 20%, we propose less, 4 to 5 percent less in return for a minimum wage of 3000LE/month. Any project moving forward will abide by this method/proposed law. It is meaningless to meet our targets of 50Million tourists while the workers/employees are still underpaid and poor, this way the profits and wealth will remain in the hands of the owners of these projects. We don't want to develop poverty but to take out people from poverty, therefore the wages/salaries need to be up to a comfortable level in such it will raise the population to the middle class.